Impact: How Tapiwa beat the bullies the CoolPlay way 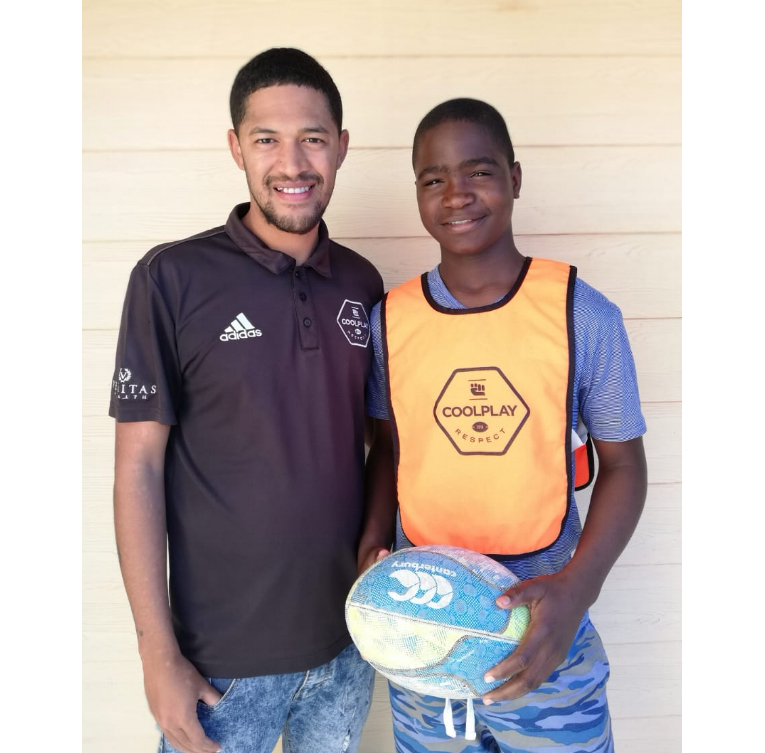 Tapiwa is 13 years old and attends Kuils River Primary. He was born in Zimbabwe where he lived with his grandmother and father. When his grandmother passed away he moved to South-Africa and started attending school at Durbanville Primary.

“At first I didn’t feel welcome at all. Some boys started calling me names and that hurt my feelings. After two years I changed schools and that’s where I started attending Kuils River Primary. I expected to make new friends and not to be called names, but I was wrong.”

At the end of the first term he decided to join the CoolPlay program, hoping to learn how to play the sport and make friends.

“When I got to rugby practice I saw all the boys that called me names were also there. At first I didn’t want to take part in the sessions but Coach Damion approached me and asked me what was wrong. When I told him about my situation he said he will sort it out. He explained to all of us what CoolPlay does and how it will help us. He paired us up into groups and I noticed that I was in the group of the boys who called me names. He told us to build a human pyramid, one of the CoolPly games where you can see that that a team is only strong if the foundation is strong and that we, as teammates, can’t play this sport without each other.”

“The second term started and I was expecting to be called names but I was surprised that the rugby boys invited me to be their friend and to sit with them at breaks. Me and the boys who called me names started to become best of friends and this is all because of Coach Damion and the CoolPlay material. The games helped me with my school work also, at first my Afrikaans was not good but with the help of coach Damion I achieved my goal of improving.

The rugby sessions helped me so much that I was selected to go for WP-Trails and I made it to the last round but unfortunately I fell out. At first I was very upset but then I remembered that Coach Damion told us that if we fail in something to never give up and I made up my mind up to just work harder and try again next year.

I want to thank Coach Damion for all his support ,guidance and leadership. I also would like to thank Mr.Manuels and CoolPlay for coming to the school. I want to end off with the words of the late Nelson Mandela that ‘sport has the power to change the world.’