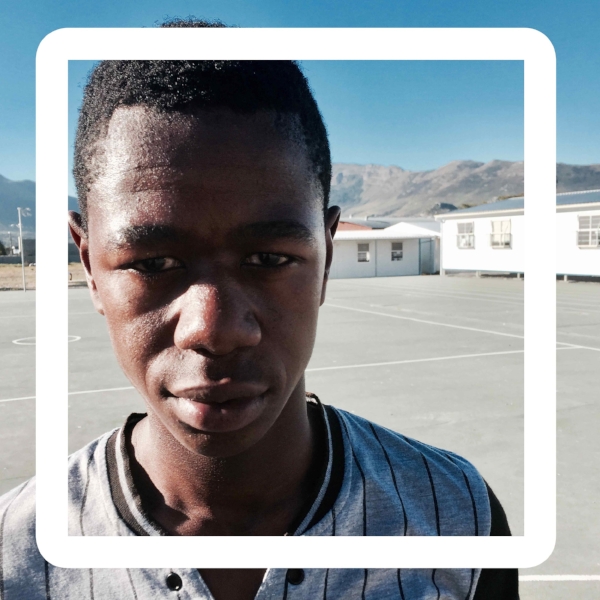 “It was like a different person, he’d completely changed” says Coach Frank. When Frank first saw Kwalunga Ntsokota, he was walking into his first training session with Masiphumelele U16 with his shorts around his ankles, “He was a thug, he walked that way, but he was also very shy.”

Kwalunga wasn’t a stranger to rugby, he had played at primary school, but when he moved to High School, there was no after school sports program. This was when he joined a gang of youths that, he confesses, were up to no good, “I just wanted to be one of the guys, I did things because I wanted to be cool, things I regret.” Children in Masiphumelele like Kwalunga rank toughness alongside cool, and with nothing to do after school, seek out violence – earlier this year the boys’ team witnessed a tragic stabbing on the way to their training ground for one of the first practices of the year. Coach Frank has also had to report intimidation and beatings of his young team to the police.

Kwalunga’s involvement in the program came late in 2016, while watching a practice one afternoon with 3 friends. Coach Frank appealed to the boys to join the program, “We don’t watch here, we play.” Kwalunga remains the only one of the 4 youths to have continued with the training. “Rugby is something that you can’t take away from me” he says about the CoolPlay program. “They say I’m like a body builder now.” Kwalunga has found a new violence and a new cool through working with Coach Frank – and while enjoying the hard knocks of rugby, Frank has noted that he’s never late, he takes responsibility, and he communicates much better. “He’s spoke about becoming a better person, and I can see it,”

Kwalungu now plans to become an Electrical Engineer, and study at Varsity. He says that CoolPlay helps him focus at school – and between his rugby and his schoolwork, he doesn’t have time for anything else.