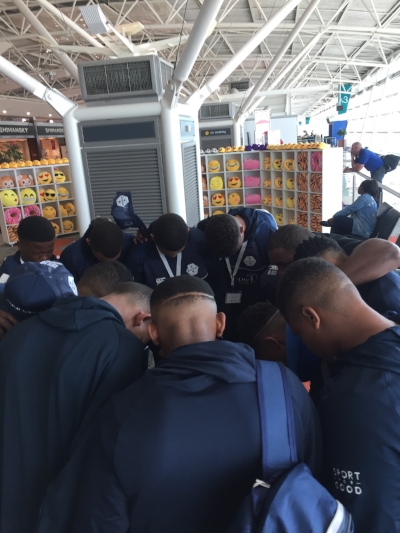 CoolPlay were invited to the Hong Kong Sevens as part of a organisational exchange by the Laureus Sport for Good Foundation. 12 lucky boys were selected from the nearly 700 we work with on a weekly basis for the trip of a lifetime. Here is how it went for them!

Monday – The team met at the airport and said their goodbyes for the long haul flight from CPT-Dubai-HK. 16 hours of flying… and very little sleep 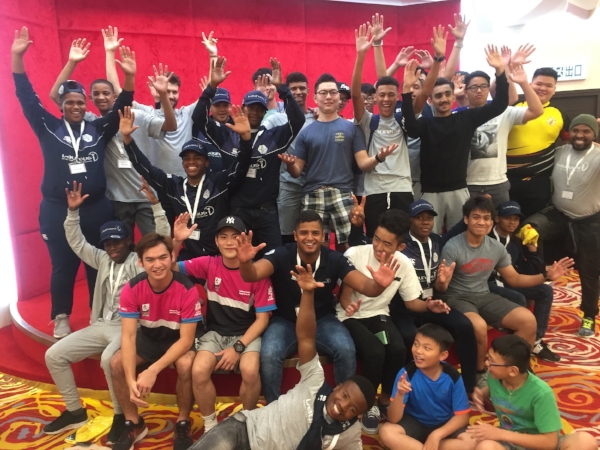 Tuesday – Arrived in HK. Bus to hotel then straight out to the Hong Kong Police Club for supper with Operation Breakthrough and their founder Steve. The boys mingled over a fancy Chinese banquet which wasn’t to everyones’ taste! New friends were made, and we exchanged club shirts 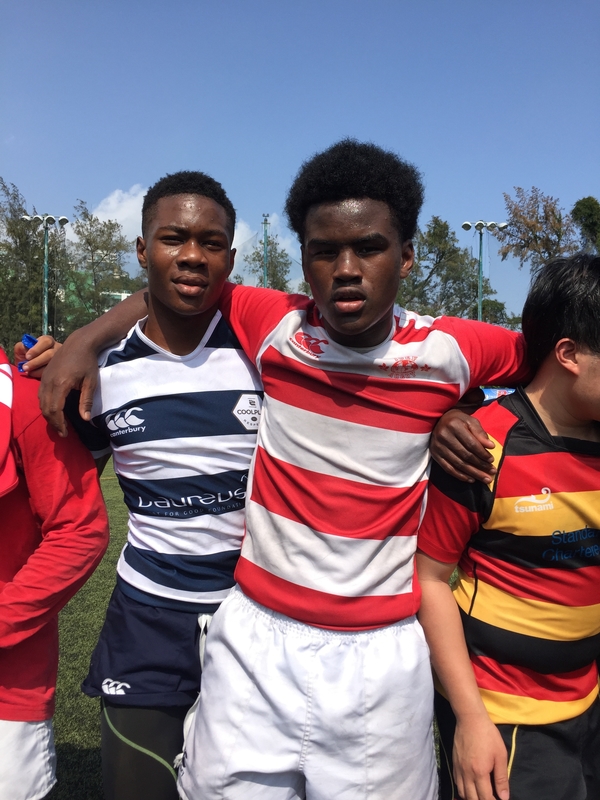 Wednesday – Went to Kow Loon rugby stadium for the KowLoon Rugby Festival. Watched the All Blacks training, and had a session with the Blitzbokke ladies team. The boys performed the CoolPlay Haka for the first time and met the SA 7’s team. The boys played an exhibition game in the afternoon with Operation Breakthrough and a similar team to ours from ICEF in the USA. Back to the hotel then to the SA Society dinner. CoolPlay and our dream team were spoken highly of and the boys got on stage with the Blitzbokke team. Humbling speech by Morne Du Plessis, Jean De Villiers with John Smit as the keynote speaker providing much amusement. 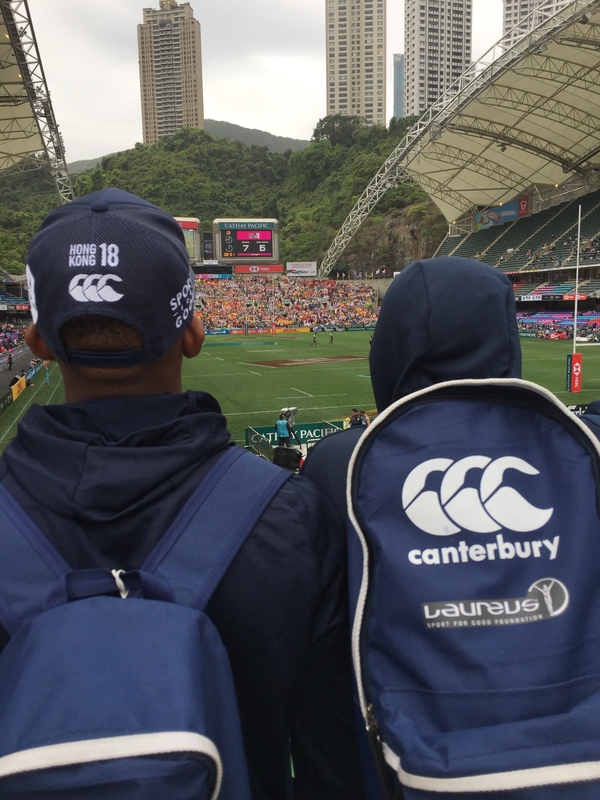 Thursday – Our team played in a 7’s tournament. Denis and Scott headed to a workshop with PeacePlayers. Scott presented to a packed room then on to a lunch hosted by HKRFU with panel consisting of Morne, Jean De Villiers, Sean Fitzpatrick and Mils Muliania. JDV and Morne rush back to catch the boys in the tournament and JDV gives a passionate half time team talk to our boys inspiring their efforts. Consul General of SA stayed and watched the boys final friendly game as did Morne, Jean and Brett from Laureus. Tired boys and staff finish the day with supper at McDonalds. 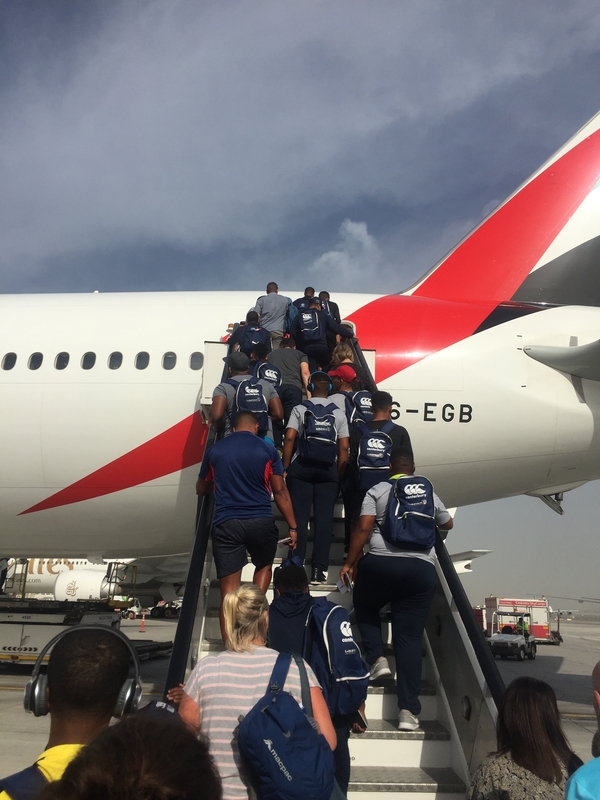 Friday – Visit the SA Consulate as guests of honour. Made to feel very welcome with Dan Nicoll leading the speeches. Further moving speeches by Morne and Consul General. Following by off day: an Amazing Race through HK including the Star Ferry, bus rides, escalators, and shopping. Back to the hotel knackered! 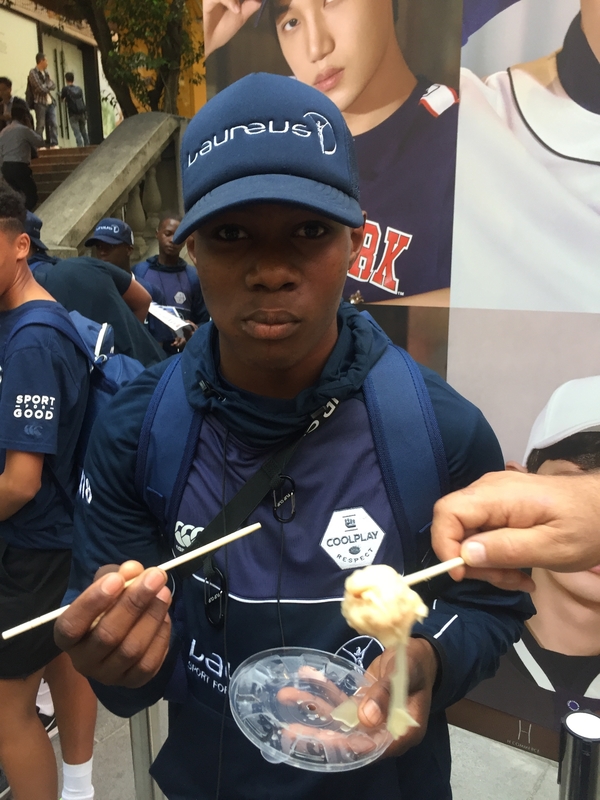 Saturday – early start to get to stadium for the HK Sevens press conference. Watched the 7’s all day from an executive box provided by Laureus. Walk on the field behind big band.and meet lots of ‘VIP’s included Steve Waugh, Brian O’Driscoll, John Smit, and the boys favourite, the great Fijian Waisale Serevi. The boys head to market in evening for last minute gift buying. 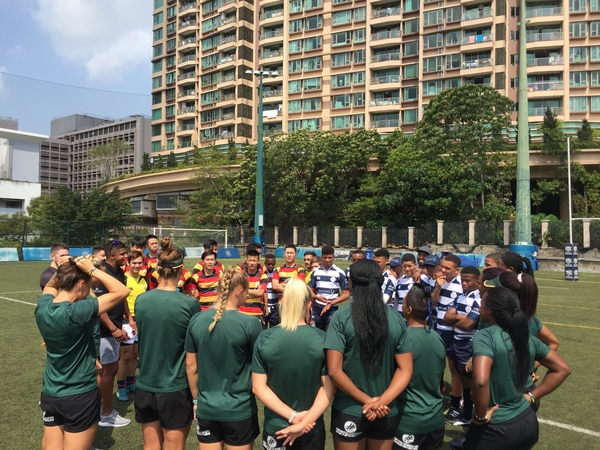 Sunday – Head to 7’s to catch the Blitzbokke in the quarters, wonderful day watching the finals (despite the result) Head to the airport late, where reluctantly we board a flight back to Cape Town. Spirits are high and camaraderie couldn’t be better. Arrive in Cape Town at 4,30 on Monday