How Sarepta High won their first game in 10 years 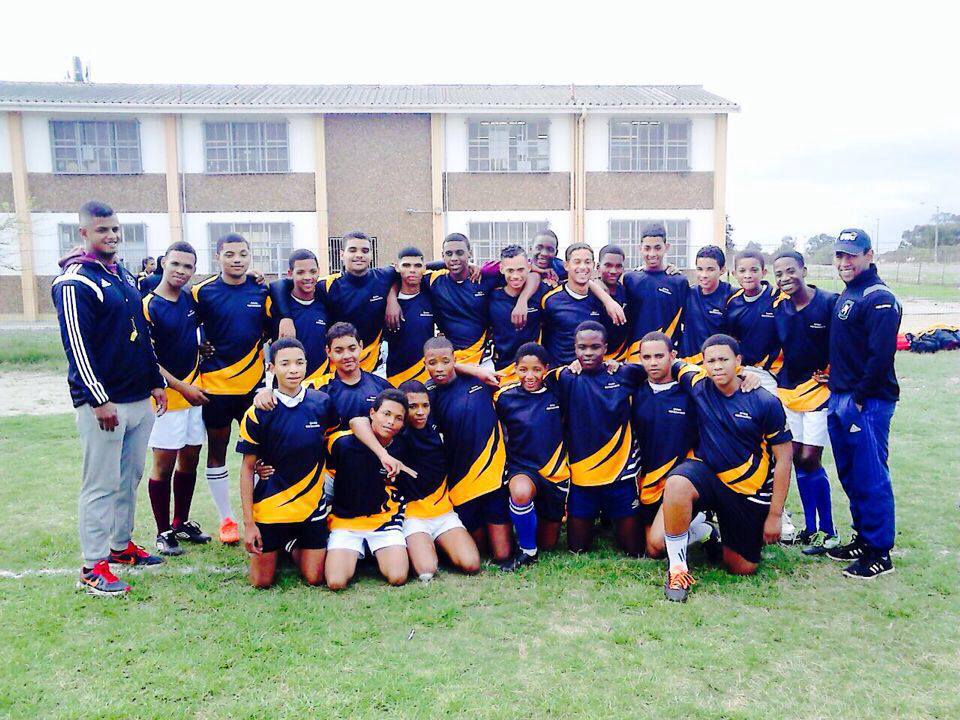 On the 14th of May 2016 Sarepta High School rugby team edged out a 12-10 win over Delft Technical College.

It was not a result for the history books, but a monumental moment given its circum- stances. Due to budget constraints and over-burdened sta , Sarepta High have not had a competitive or representative rugby team for ten years. But after just three weeks on the pitch, the rst team to pull on the blue and orange of Sarepta High in a decade, managed a victory.

Things changed when Deputy Principal Gerald Hamman invited CoolPlay to re-establish a sports program at the school. CoolPlay, a unique sports charity, was founded to cre- ate or strengthen existing sports programmes in government schools by focusing on developing the character, respect, self-esteem and values within each player. CoolPlay believes that sport o ers a powerful analogy for life and strives to enable players to live out the lessons they learn on the sports eld.

In mid-April, CoolPlay assigned newly-trained coach, Luqmaan Ismaail, a former pupil of Paarl Gym and Golden Lions player, to Sarepta. Luke grew up under very similar cir- cumstances to the boys he now coaches. He re ects that the experience of growing up without a father from the age of ten, inspired Luke to become a mentor for boys in a similar position.

“At the moment I work with 95 boys a week – 35 boys from the High school (where I started with only 9 boys) and at least 30 boys from either primary school.”

“5 weeks ago, most of these kids could not catch a rugby ball. It was di cult for me, but seeing the passion and the determination of these kids gave me hope. So I made it my goal to teach them everything they need to know about rugby but also about LIFE as well.”

“I asked the kids after our rst session to write me an essay about where they see themselves in a few years time and why they want to play rugby. The answers I got shocked me: most of these kids have nothing at home but they come to training because they learn what the world can give them through rugby.”

Driven by the needs of his players, Luke partnered with the local Pick n Pay who gene- rously assisted him with food vouchers.

“Some of these kids don’t get food at school and come to training with an empty sto- mach and seeing that made me want to make a di erence. Doing rugby the Cool Play way is great because in every aspect of rugby there is a life skill. I have been teaching the kids listening, concentrating and communicating skills and to work as a team and not as individuals. What we do on the eld is what they must do in class and at home.”

The success of the program was driven by the strong support of the school, and Depu- ty Principal Gerald Hamman has already noticed a di erence in the classroom,

“The boys under Luke have changed a lot. They are doing their homework and they are concentrating better. I told the kids that if they don’t perform in class they will not be able to play for the team!”

Success is not measured in the team’s results. For the school and for CoolPlay, a po- sitive result would see academic and attendance records improve and an expansion to involve more kids at all age groups levels But for now, Sarepta and CoolPlay are taking it one game at a time.