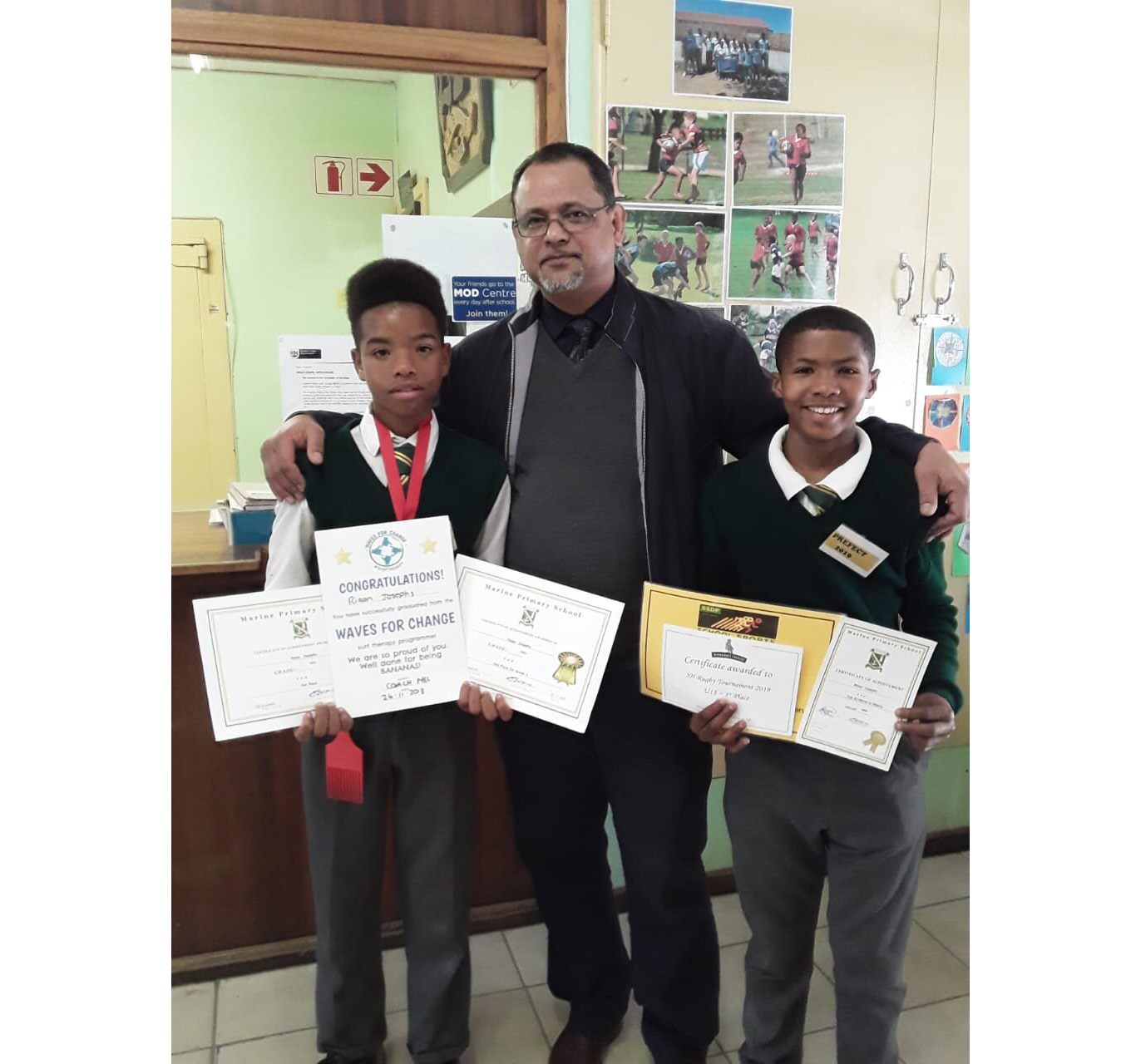 Before joining CoolPlay, Riaan was a trouble maker. He was involved in a number of fights at school and was not performing academically. Since joining the CoolPlay team at Marine Primary School, he has grown into a strong leader and is achieving his goals.

Champion Ethan has played a pivotal role in helping Riaan channel his aggression into a positive growth mindset. This year, Riaan is one of the top 10 students at school, he was selected as a prefect and he was nominated by the team to be the rugby captain. He has learned that he can use his aggression to create positive moments on and off the field. We are so proud of Riaan and all that he has accomplished since joining CoolPlay!