Stedman Gans of the Blitzbokke joins CoolPlay as an Ambassador 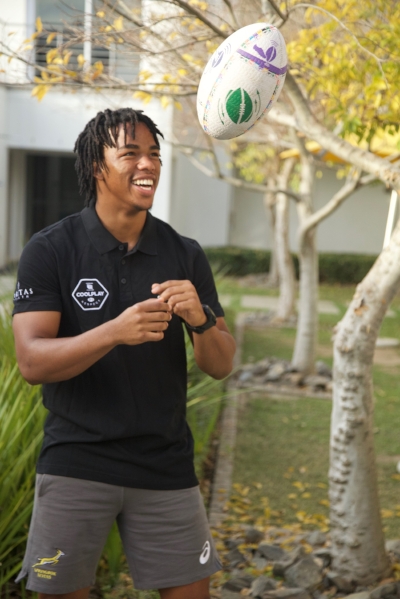 Gans, our first official rugby Ambassador, joined the South Africa Sevens’ Academy at the end of 2016, and played for the team at the 2016 Dubai Sevens. In February 2017, he was named as an official reserve for the national sevens team for the 2017 USA Sevens tournament and a week later he was promoted to the main squad for the 2017 Canada Sevens in Vancouver.

Stedman is passionate about changing lives through sport and says “I firmly believe that sport has the power to change lives. I also believe in responsibility towards our immeadiate surroundings. And that responsibility is not only to not do bad but to do good when presented with the possibility. Live your best life!’ We are so thankful that Stedman is choosing to do good with us!

He has a bright future ahead of him and we look forward to following him on his rugby journey! He recorded a special message for CoolPlay, which you can see here!