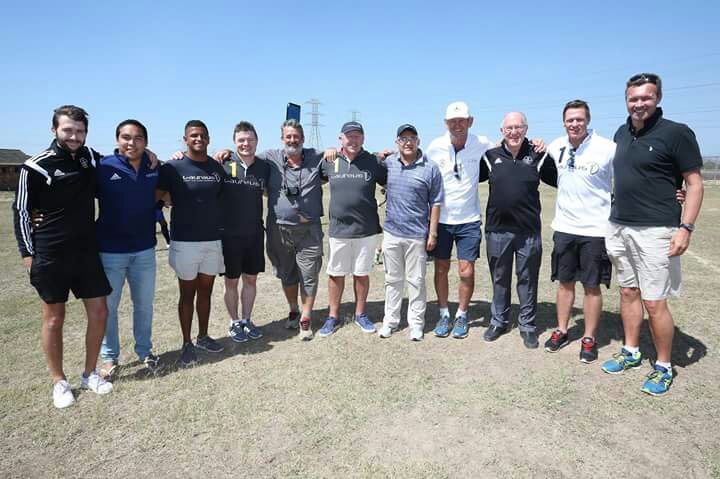 Thanks to our partnership with Laureus Sport for Good Foundation, yesterday CoolPlay had the great honour of hosting Jean De Villiers, Brian O’Driscoll, Sean Fitzpatrick and Morne De Plessis at one of our most successful project sites – Bonnytoun Child and Youth Care Centre,

Bonnytoun is a place of safety for male juvenile offenders located in Kraaifontein. The boys, aged between 14 and 17 years, have been charged with committing a crime, have been assessed by a probation officer and have been found to need restrictive placement while they await trial and finalisation of their court case.

CoolPlay Coach Brendon Hamman has run 2 sessions a week with the U19 squad since February, and has noted strong support from the Director of BonnyToun and Coach Trevor Abrahams. BonnyToun’s results have been outstanding throughout the year, and they have remained undefeated for the past three seasons.

Brendon says working with the boys was one of his highlights of 2016, ‘When I started out coaching at Bonnytoun this year I was seen as the outsider. I needed to earn the trust of the boys and the Head Coach. The boys did not want to talk to me or really engage after the sessions. After about 6 weeks the boys started to trust me and started to open up and ask for advice. This was a major breakthrough as I got to know the boys really well.’

CoolPlay’s influence has also resulted in very few disciplinary issues involving the rugby boys despite the very difficult environment. Educators are also reporting better application in the classrooms. The programme is continuing this year and continues to be well supported by the facility.