For the month of August CoolPlay has been busy with a sponsorship campaign in order for girls in our programs to feel more #ComfortablyConfident. Through a GivenGain campaign and a series of events we raised awareness about a lack of critical sports equipment needed for girls to feel their best selves when play sport.

Under Armour heard our call to provide this essential equipment and this Women’s Month donated an incredible 560 sports bras (at a value of R560k) to girls across our programs. In order to celebrate this huge contribution we organised a special Netball Festival at Sarepta High School on September 1st. The event included:

– An official hand-over of sports bras from Under Armour to CoolPlay netball girls
– A netball tournament for 60 girls from the CoolPlay program.
– Zanele Mdodana, former SA Netball Captain and Head Coach of Matties Netball officially received on behalf of CoolPlay and inspired our girls with a rousing team talk! 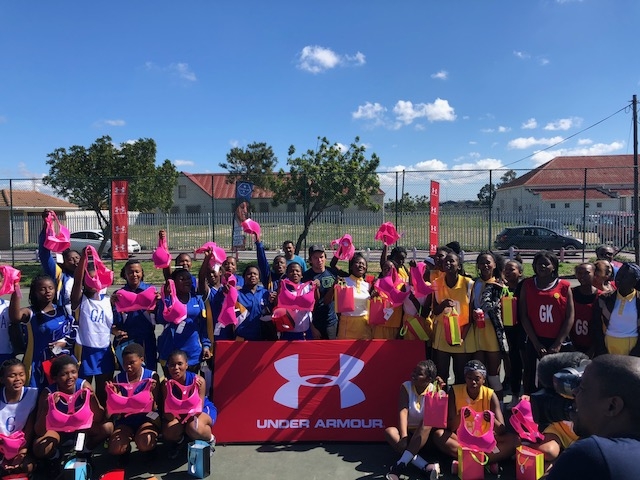